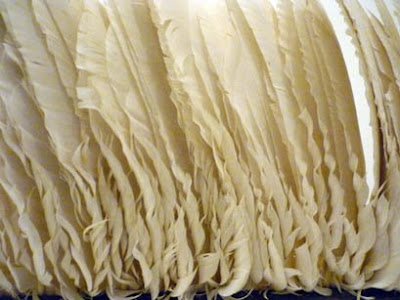 on Thursday i took flight to Melbourne for the day, to worship at the shrine of the late Rosalie Gascoigne whose views on housekeeping were entirely aligned with mine [see the link to Jo's post in the sidebar to hear and view a video interview with RG]
i'd not seen these splendidly orange works before.
the red coat was a happy juxtaposition 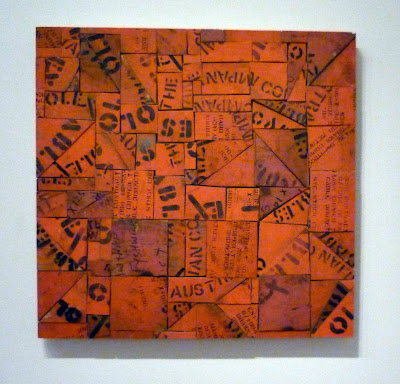 later after wandering to Richmond for a splendid rummage at Kazari Warehouse and then to NGV International to stick a finger on the biggest fish-shop window in Australia i began to wander back in the direction of the skybus stop
and discovered
quite accidentally
not just a wunderkammer
but
THE Wunderkammer!
i had read of this establishment many times and had it on the "to do" list but had never quite gotten around to it.
and suddenly there it was...abounding with treasures bizarre and otherwise 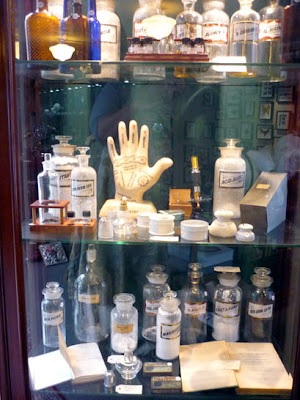 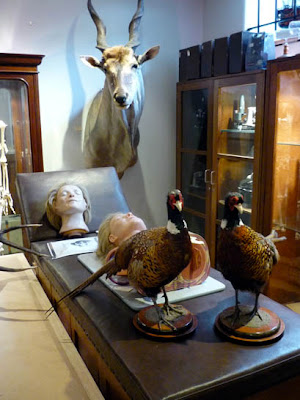 further down the street Melbourne had a parting treat in store on the boards surrounding a building site....this delicious palimpsest strangely reminiscent of a Tony Tuckson painting

finger-painting on the wall by india flint at 13:23