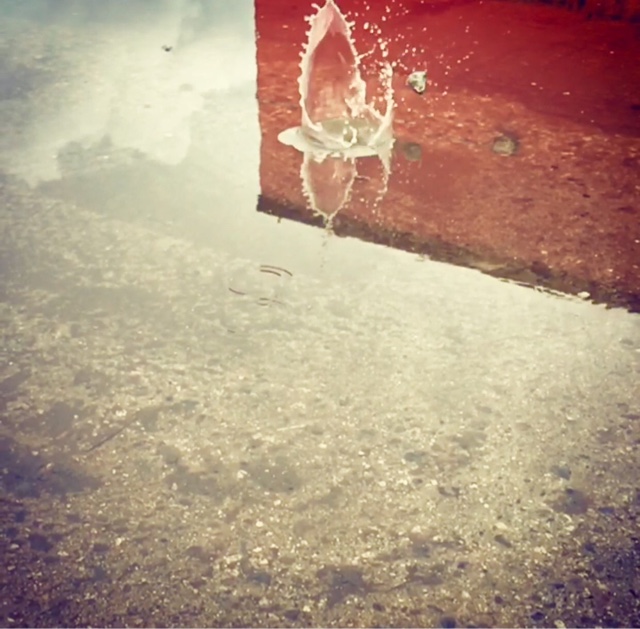 as those of you who have spent time in a class with me in recent years will know, I have a daily practice I call "mindpond".
one of you even went so far as to suggest I write a book about it. I duly drafted a manuscript while on the train from El Paso to New Orleans earlier this year.
but yesterday, flying down from Vancouver to San Francisco
I decided against that. No point in pulping trees when I can publish it here.
The practice is simple, and has its roots in a workshop I took in 2009, learning to throw porcelain on a wheel. it struck me that the process of coning and centering clay offered possibilities for someone (like me) whose brain often scampers off somewhere else when it should be concentrating on things that are closer.
Here goes.
Stand with your feet nicely apart (tadasana :: mountain pose - as I understand it, is good).
Breathing in, raise your arms slowly in a wide arc until your hands meet above your head. Stretch your 'wings' as far as they can comfortably go.
Lower your arms (still in an arc) while breathing out.
Roll out your shoulders, let your arms go soft and your hands heavy, let them sink towards Mother Earth.
Imagine a beautiful pond in your mind. Give it whatever surroundings you like. Take a lovely pebble and toss it in. Watch the splash, and watch the ripples spread.
After a while, imagine the ripples coming in to the centre again.
Take your time.
Watch as the water in your pond becomes still and calm.
Take a few good deep breaths, open your eyes again (I find mine tend to close during the practice) and step into the day.
I begin and end each day with this practice, whether alone or in the company of a class.
I offer it to you.
finger-painting on the wall by india flint at 16:09 12 comments:

from Mukilteo i took the ferry to Whidbey Island
and discovered
to my great delight
that our studio space was positioned in a most romantic place
Camp Casey
on the coast, by the Salish Sea
with a forest behind
and remarkable fortifications to explore 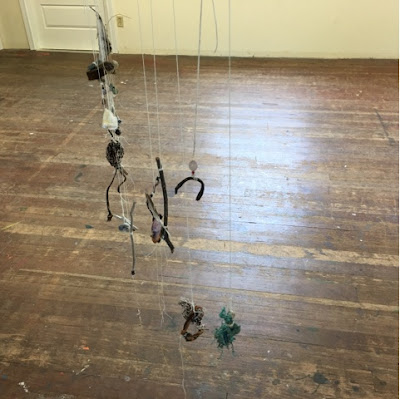 the buildings were spare and beautiful, white walls, wooden floors
and with a room above the studio that we could use for installations, poetry readings, the occasional dance...and a good space in which to practice my lovely Native American flute 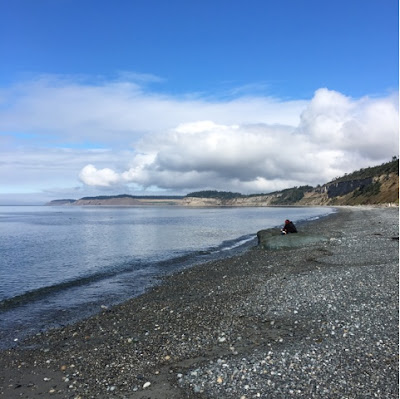 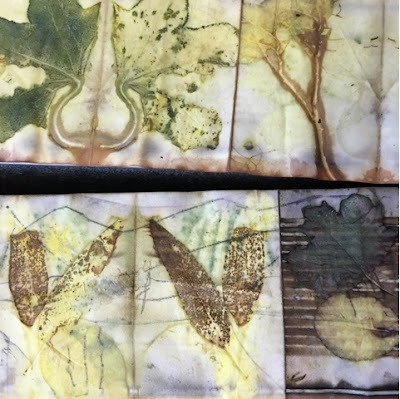 and such beautiful stones 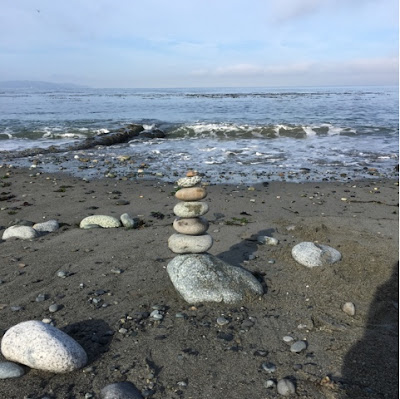 from Whidbey I came to Vancouver, which seems to be a city of stone stackers 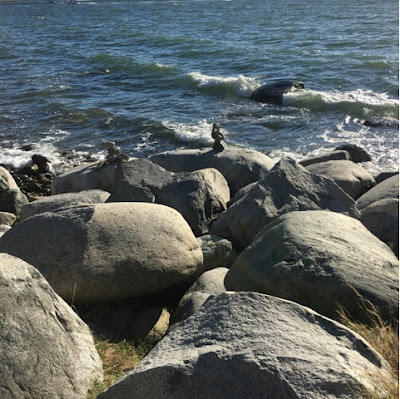 at Maiwa East we worked on our aprons, wrote poetry, received the blessing of blue 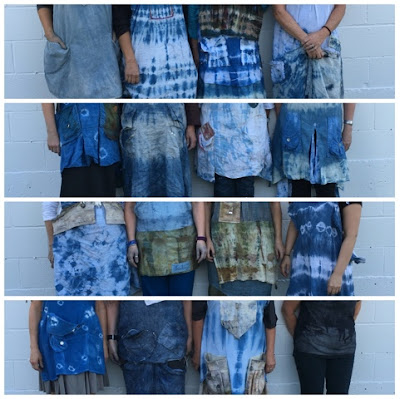 some of the string found itself transformed 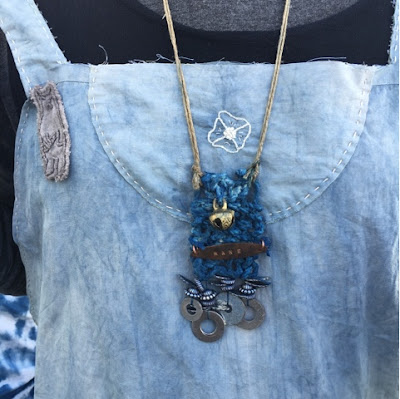 and all of it became blue in the course of time 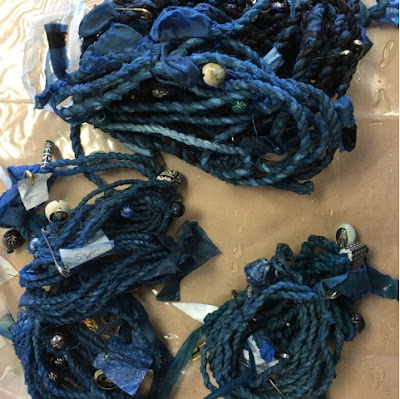 eucalypts, as ever, seem to be incurably fascinating, and a student was very happy with her work (below) 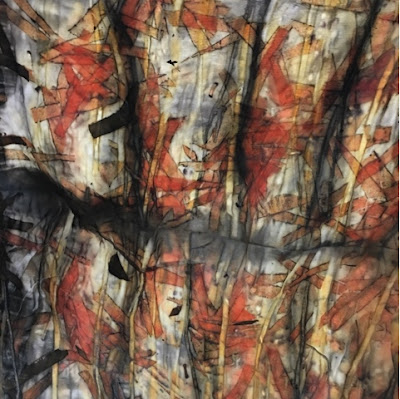 especially when combined with local colour 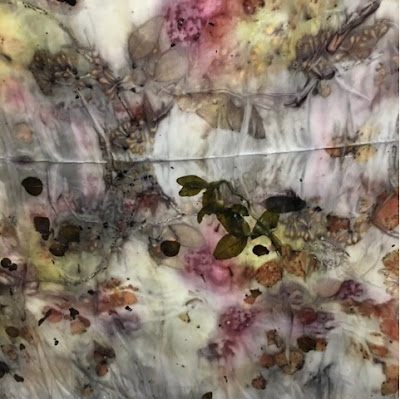 in our class at Maiwa we had a songbird
here's one of the songs she sang for us (or rather, to the indigo vats)
unaccompanied and with the voice of an angel
and may i say
her version eclipsed the original, and the Sarah Mc Lachlan cover


finger-painting on the wall by india flint at 16:24 6 comments: 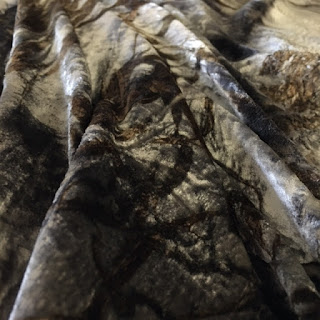 negotiating my release i
take my encumbrances to the welcome center
where for a financial consideration they
relieve me of my physical burdens for the day
outside the pavements swell and
roll under my feet - fortunately it is
not the earth, quaking, but my body
set to vibrate mode by the hours of fettered
rumbling, strapped to a seat
in the flying sardine can

i have things to collect today
some materials for class
a large bag of unruly thoughts
a ring, and some made-to-measure workboots.
the latter have turned out rather too small
or maybe it is just me, too big for my boots
which could be another sign.
maybe next time cos
good things take time
further up the same street at Macchiarini's
the doorbell won't ring, no pun intended
but the ring i have come to receive
is truly beautiful with a moonstone
like a drop of Bay water balancing on
a beaten band that looks as though it has been
pulled from the rubble of a burning building
and so is exactly what i had hoped for.

i do the usual round of favourite places
get my coffee at Trieste, sit awhile on Russian Hill
wander to the park above Fort Mason
snack on cheese under the gum trees there
then walk back to collect my luggage
and drag it across town, giggling inwardly at
the comments that passers-by feel entitled to articulate,
of which the loudest and most critical, oddly enough,
are made by those who share my first language.
they have no idea they are so generously
giving me laughter therapy
and i resist the temptation to say
"schönen Tag, noch!"

train stations are no longer the romantic places
depicted in Brief Encounter
or in films about Anna Karenina
the temporary transBay terminal is a holding room
for souls desperate to be elsewhere and
the station at Emeryville even more so
where the vending machines make wild promises
but will only sullenly disgorge diet pepsi
filthy stuff that is strictly for cleaning copper
though, once used for that purpose, has impressive
mordant qualities
i find a tourist map and mark my day on it in thick black pencil 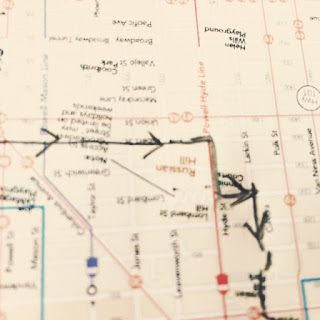 eventually the train pulls in and we fall aboard
i tip myself gratefully into my tiny sleeping closet
and give myself up to Morpheus for what seems like days
though only a few hours later i awake as we are
passing through mist-covered desert spiked with piñon and juniper
and wonder if i'm in the right state
then water on which sunlight flashes and blinks
perhaps the merpeople have forgotten to turn their twinkle lights off
somewhere else a broken umbrella hangs batlike
from a bush on the side of a cutting
in Portland i look up and down river as we cross the Willamette
looking for the iron bridge...then realise we are on it

except for the garbled announcements over the tannoy
(there is a special training centre for railway announcers,
run by somebody who teaches them how to
make announcements in a Turkish accent.
the same school also supplies the people for
the Flinders Street Station in Melbourne, Australia)
the Seattle train station is like stepping through
a time machine into another era
or like stepping deep inside an angel-food cake
for a white wedding with all the trimmings

i choose the easy way out
and though a braver woman might have
tackled further public transport
rain is imminent and so i take a taxi.
the driver is old-fashioned and reassures himself
as to our destination by the simple means of leafing
through an actual street directory, though i have explained that
i am heading for a helltell overlooking the ferry dock just
across from Whidbey Island. kindly (and perhaps unusually)
he only switches on the meter after he has closed his book

72 hours give or take a quarter after leaving home
i enter a room that is not moving and discover to my delight
that not only does it overlook water, but the doors can actually
be opened wide to the whirled outside
i drift off to the crash of waves and wake at dawn to flat calm
in the distance a ferry hovers in a silver cloud
seabirds stitch their songs across the place where the sealine might be
if it were clear
it's only September 3 but i feel as though i have lived a week
since the month began
had September 1 twice
and will lose the equinox to the international dateline
but that
will be another story 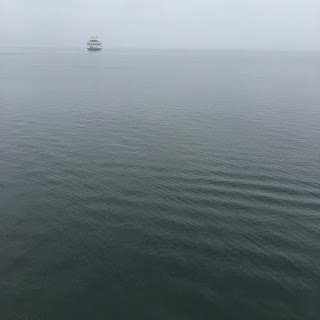 because now i am here
re-reading a marvellous book i bought at Shakerag in 2010
and soon i shall be 'being (t)here'
but on Whidbey Island, and with slightly longer hair 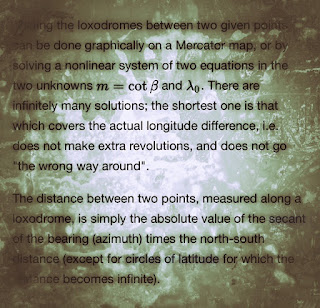 finger-painting on the wall by india flint at 07:54 18 comments:

Email ThisBlogThis!Share to TwitterShare to FacebookShare to Pinterest
swingtags born and bred in a brier patch, chance, gathering, in place, walls have ears, wandering, where in heck did i put those ruby slippers, x marks the spots
Newer Posts Older Posts Home
Subscribe to: Posts (Atom)