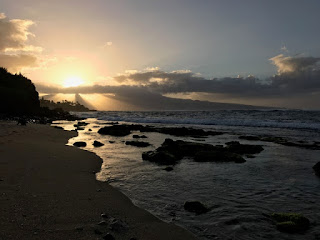 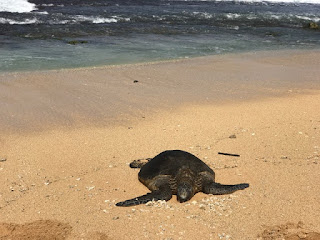 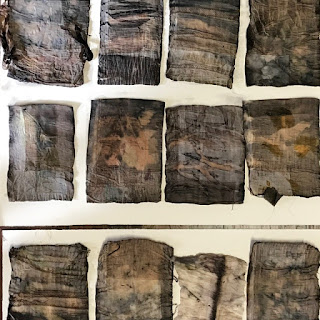 we have written poetry
made drawings, stitched, dyed
made things new to us that appear to have taken up some ancient island essence
gathered shells and made string 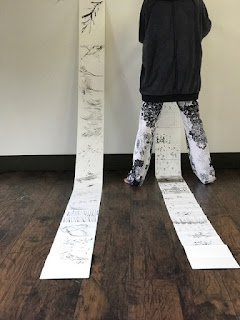 there are thirteen of us + me
which makes fourteen (+ our fearless leader, Sharon)
so fifteen in total

nine are recidivists, four are new to me
there are three sets of friends (in two of them, one of each has met me before)
and a mother and daughter (there were nearly two family groups, but my Ma didn't make it)
there are five Australians, ten Americans
two dual nationals (one American Australian, one Latvian Australian), and two Australians who emigrated to America
among the returners, three came to New Mexico , one to Whidbey Island
one to Inverness, one to Santa Barbara, one to Odessa and two to a class in Australia

my mathematical genius (and conscientious objector) grandfather would have had great joy in devising a Venn diagram.

I began to try and draw one, but it turned into a paeonie.

the marvellous thing is that this group melded remarkably quickly into sisterhood.
the talk is easy, the laughter flows close to the surface :: I feel deeply blessed that the work I do brings me together with people whom I hope I see again

I am also hoping to return to Maui, but who knows where or how the winds will blow, the way our precious whirled is going... 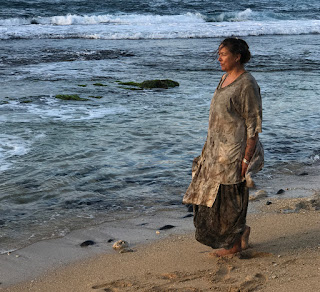 finger-painting on the wall by india flint at 04:07 14 comments: