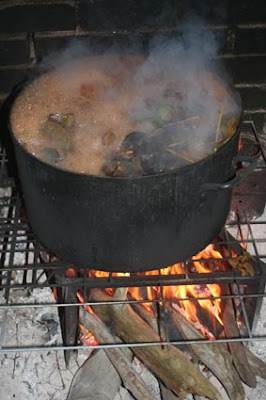 today i am treating a rather nice piece of wool with exceptional brutality. it arrived last week, about 3 metres of loosely woven fine blanketish stuff, to be transformed for the 'sculpted packages' exhibition being curated by Denise Sprynskyj and Peter Boyd as a contribution to the 7th World Shibori Symposium being held in Paris, France in November this year

'sculpted packages' is partly sponsored by Australian Wool Innovations through the donation of wool cloth. each of the selected designers has been issued a length, to be transformed using shibori-zome techniques

i began by sewing a garment from my cloth and have used all but a small fragment (about 10 x 30 cm)...that piece was used for the initial dye test

after stitching was complete, the garment looked a bit like this (guess who forgot to take a photograph) 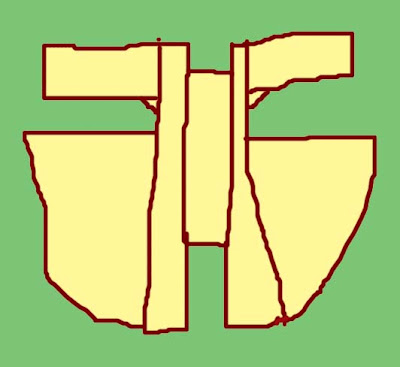 it was bundled with windfalls for a layer of leafprints

and then i spent a day wrapping individual spikes into the fabric, so that the last immersion would fix the shape (rather different to the image above)...right now it's drowning in a boiling cauldron redolent of eucalyptus and wreathed in steamwraiths.

suspect this one will need two trees planted as eco-compensation, rather than the usual one-for-one... i console myself with the thought that the twigs burning in my fire would have generated exactly the same volume of carbon had they been left rotting on the paddock and that the well-meaning eco-nazi burning a stand of pine trees a few miles down the road has probably done more environmental damage in a day than i'm likely to achieve in a lifetime 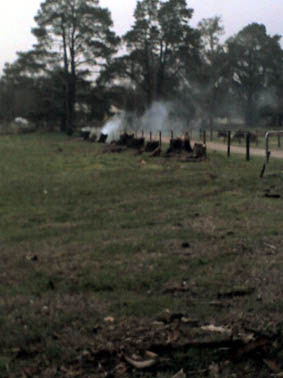 the wasteland here looks like Isengard after Saruman started his own little industrial revolution.
finger-painting on the wall by india flint at 11:52 7 comments:

new heights of idiocy for beaurocracy

whilst in Canberra (our nation's capital) last week various gems of governmental gossip floated past my shell-like ears. the usual response is to chuckle, stifle a yawn and order another Margharita...but the following piece of nonsense is too ridiculous to be ignored

apparently some bright spark who clearly has too much time on their hands has decided that farmers also need extra entertainment. the plan is that we are to weigh all of our stock individually on a quarterly basis, advise the tax office of the total weight and then be taxed on the estimated methane output.

every farmer i've shared this story with so far has given the same response ...'if that's the plan, we'll sell the sheep/cows/chickens/pigs/wildebeests and plant trees instead'...and that's our plan as well

enjoy eating your tree-flavoured cereal in years to come, washed down with soy 'milk' because there won't be any steaks, chops or bacon and certainly no yummy milkshakes

soylent green, here we come...
finger-painting on the wall by india flint at 21:12 4 comments: 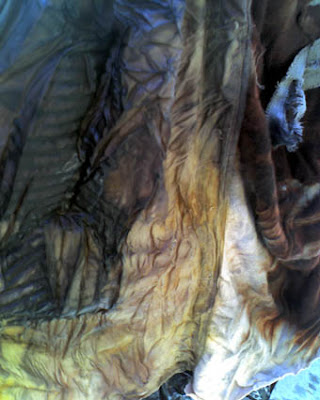 it's been a while now since the last post. John Lennon's famous quote comes to mind 'life is what happens while you're making other plans'.
i was invited to Canberra to teach a workshop in reconstructed fashion over the long weekend in June. despite Australia's generally republican leanings most of us are still quite happy to take a holiday to mark Betty Windsor's birthday.
the workshop participants however worked diligently over the weekend to make 'new' garments from a collection of wardrobe discards. 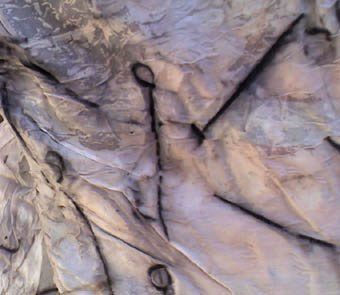 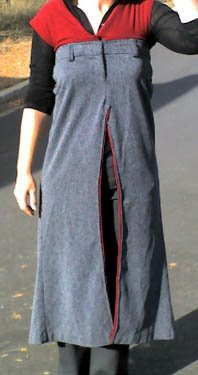 these were then overdyed - mostly in baths of eucalyptus dyes. there were a few onion-skin pots as well, to dye those fibres that resist everything else! eucalyptus has the added benefit of sanitizing pre-loved clothes and imparting a refreshing scent to the fabric. we may have added to our carbon footprints by heating a few dyepots but overall there was an ecological benefit...as the
garments emerged, transformed from their baptism to enjoy a new lease of life 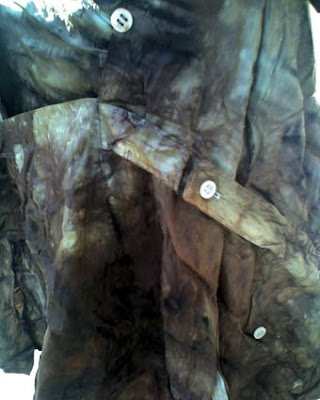 finger-painting on the wall by india flint at 08:35 7 comments: