Want to be among the first to know? 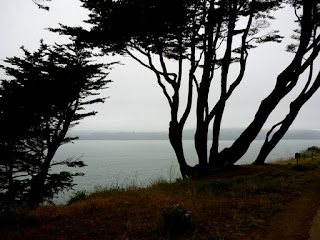 The San Francisco class announced yesterday filled in less than four hours, which was a bit of a surprise and I had quite a few emails later from people who had missed the announcement. I tried managing an email list years ago but most of it bounced back and what didn't bounce back ended up in spam filters (it seems having "India" as a name isn't always an advantage) so I've created a Facebook group for those who would like advance notice of future classes.


It's called "India Flint wanderings and workshops" and you can either ask to join via FB or if you prefer, send me an email via the contact page on my website and I'll add you in. I'll admit was dragged kicking and screaming into Facebook by a workshop organizer who insisted I catch up with the modern whirled. I'm not always comfortable there but it does have its uses.

and if you're already corresponding with me then slinging me a line through the usual channels will be just fine.

By joining the group you'll have at least 48 hours advance notice of classes (except where the organizer has their own mailing list) before they are put up on my website so your chances of getting into one should improve markedly. Will I see you there? I hope so!

finger-painting on the wall by india flint at 22:19