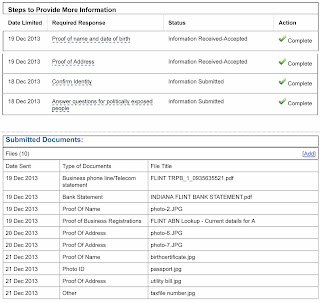 after a phone call, six emails and hours spent searching for documents, copying them and uploading them to PayPal i am apparently still under suspicion. even though my account page says i have complied.

perhaps they think my whirled-wandering involves training people in nefarious activities [note the bit about "politically exposed persons". i rarely expose myself, preferring to dress [as my children put it] in things that resemble small Bedouin tents and if i did expose myself, it would not be to politicians. so there.

or maybe they want blood? DNA? perhaps my grandmother's left index finger? that last one could be tricky, she was buried in 1987. and i'm not sure i want to disturb her slumbers. and my other grandmother was cremated and later sprinkled around the farm dam. maybe i could scrape up a soil sample?

clearly i was not cut out to be a shopkeeper and it is just as well this has happened now, and not when i eventually launch the promised limited edition publication as it would have made a right dog's breakfast of the distribution process. [thank you, those of you who have suggested other means of accepting payments, i am exploring possibilities]

meanwhile i'm going back to the sewing room. it's nice and quiet there.

wishing merry everything, good health, abundance and happiness to y'all....and if anyone still wants to buy anything i have made [via the interpixies, that is] FarFetch is presently your only option. 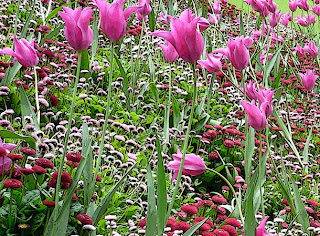 finger-painting on the wall by india flint at 08:53