Tall tales and true in Ohio 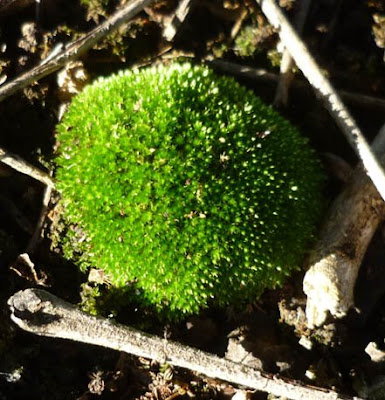 Regular readers of these pages will know that I have been in Ohio, which can kinda be described as the eastern central mid-west. It’s not quite in the middle and the eastern states won’t have it in their club.

Anyhow I wander out one evening, thinking to take a little air. I go through that cemetery where the headstones indicate that good, lust and music are all interred. The path takes me over the Olentangy River and through leafy suburbs. After a while I reach the high street. I walk on.

Spotting a sign across the road that says ‘Phoenix Bookstore’. On a whim I venture in…to be greeted in whispers as there is a meditation session happening. I ask for the ‘green guide for artists’ but they don’t stock it. However the very friendly lady sitting at the front desk offers to telephone other bookstores in the district to see if they have it.

It takes a while and while the wheels are grinding we sit out on the porch so as not to intrude upon the meditating ones. Actually they all look as though they are asleep.

Eventually one of the local stores finds a copy and nice lady offers to drive me there. I find this extraordinarily helpful and say so. Off we go. I strap myself into the back seat [the front is full of stuff] where there is also a doggy food dish and bowl and quite a bit of canine fluff as well. Nice lady drives like a bat out of hell. I am grateful for the back seat and mutter a prayer or three under my breath. She can’t hear anyway having cranked the volume on her spiritual music so high that cows in the next county will be producing curdled milk for a week.

At the bookstore where they have kindly reserved the one and only copy of this book for me she talks to everyone she meets in very familiar terms. Mothers cluck “stay close by me honey” at their small children. We pay for the book and when the young man behind the counter complains of weariness she brightly points to her cap which advertises some guru’s latest brand of yoga and brightly tells him she’s running on energy and hasn’t needed more than an hour’s nap in the last 48 hours.

I think to myself this is not good. Anyone with so little sleep should not be operating machinery because their body will have better reaction time had they scoffed a bottle of tequila followed by a few schnapps chasers. But nice lady is keen to go for ice cream, which she says is not far from the helltell. Given she has been so helpful I feel she deserves a treat. Twenty minutes later I’m thanking the Powers that Be that my grandmother predicted a long future for me and hoping to heaven that the warranty on that prediction hasn’t lapsed.

Eventually we arrive at Graet’s Ice Creamery.  Nice lady who by now has been identified as Dena is delighted and skips about extolling the aesthetic delights of the [frankly hideous] glass-walled child captivity centre in which the infants can romp inside a giant plastic ice cream whilst their parents gorge themselves on chocolate chip everything.

We order refreshments. My single scoop of peanut butter flavoured stuff is big enough to feed a small Hungarian family. Dena’s blackberry ice-cream conceals an enormous submerged lump of solid chocolate big enough to sink the Titanic. Mildly fearful of the possible consequences of her driving with ice-cream and spoon in hand [having already seen her simultaneously juggle pen and paper as well as CDs] I suggest we sit on the lawn outside to consume our frozen fatty treats. Dena tells me that people in America don’t sit on the verge.

I insist and so we do anyway.

As we eat more fascinating facts are revealed. Dena is not, in fact, an employee of the Phoenix bookstore but was merely amusing herself by sitting behind the desk having herself decided that the meditation class was not for her. She reveals a history of clinical depression. I wonder privately just how much of her medication she has consumed today. She goes on to tell me her brother is bi-polar and that she keeps house for him. I wonder whether the brother is real or a mere figment. I also wonder how I will get myself out of this situation having observed the rear door has a child safety lock.

At that moment I see dancing lights across the lawn of the houses across the street. Fireflies. I haven’t seen such fireflies for years. They flit and boogie and burn and glow and I am utterly delighted.

Despite the mad ride home later at speeds roughly double those advised on roadside signage it is all worth it. I have the book I wanted, I’ve heard a ripping story and I’ve seen fireflies.

Oh, and I seem to have eaten rather a lot of ice-cream.

finger-painting on the wall by india flint at 05:25