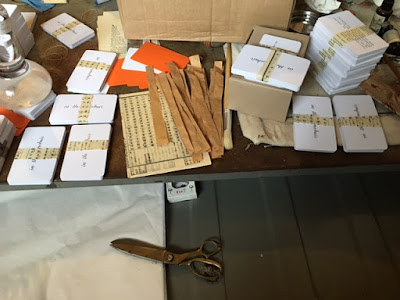 It's been a long hot summer, but I have put it to good use.

Some years ago I pondered a small publishing project that wasn't going to be a book, more of a periodical that would have suggestions for things to do as well as beautiful images.
I let it brew for a while (a couple of years, actually) and this is what happened. Not quite what I was dreaming of, but (I think) much, much better. 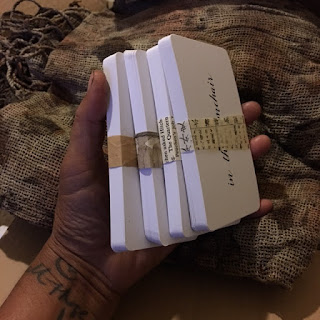 I've called them 'Wander cards for Wonderers' and they are a limited edition, printed in vegetable ink on recycled stock, winging their way around the whirled from February 29. There are four sets of 25 in the pack...three of them labeled (in the field / in the armchair / in the mind) and the fourth blank. The idea is that you can pull a card at random as an inspiration for an afternoon's exploration.
Or choose three (a bit like a Tarot reading except happily there aren't any grim reapers) and see what they might suggest together.
The fourth set is for you to add notes and ideas of your own.

I announced them on the FB 'workshops and wanderings' group early yesterday and have been totally delighted that they seem to be finding homes quite quickly.
For which I am very grateful.

I'm having splendid fun sorting them into packs, sticking paper bands around them and dyeing the silk to wrap them in (and the silk scarves for those making a more serious commitment). I've also been folding wee booklets to accompany them. 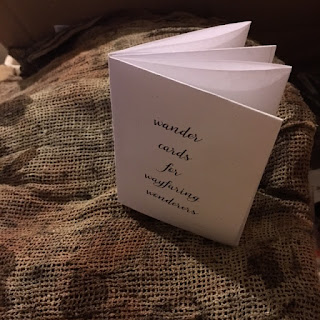 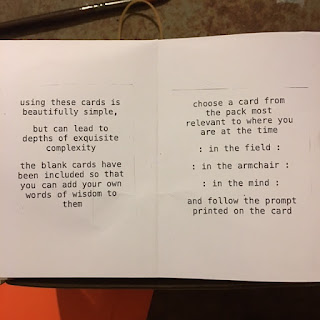 Initially I had wild ideas of sending them out in little wooden boxes with treasures from my studio tucked around them but I soon discovered that little wooden boxes need little wooden box certifications in order to be able to cross borders, and then the postmistress reminded me that I would be filling out countless customs forms and having to remember what was in each box so that idea went zooming out the window.

Here's the simpler solution I came up with. 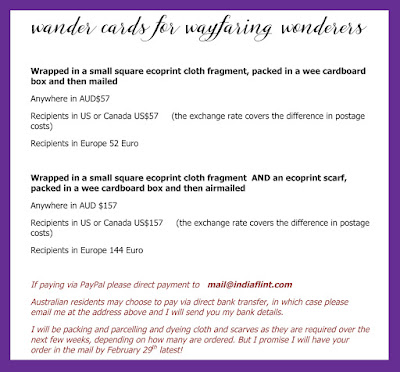 The cardboard mailing boxes are beautifully sturdy and can be salvaged and embellished and made into permanent homes for the cards. The cards themselves can be dyed (or coloured using hapazome)...work on the blank ones first and give the printed ones a month or two to cure before bundling them (the ink needs a bit of time to settle). If you've signed on for the Yellow Ferry adventure you'll receive a set anyway. If you haven't...now's your chance.

and that long hot summer? Last night it finally rained...so today I was literally scooping up dye from the driveway. Bliss. 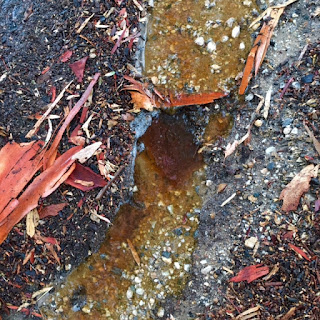 finger-painting on the wall by india flint at 22:58

Email ThisBlogThis!Share to TwitterShare to FacebookShare to Pinterest
swingtags golden days of summer, gratitude, ikigai, in place, keeping it simple, making stuff, the poetics of place, workshops, worth