when only mac and cheese will do 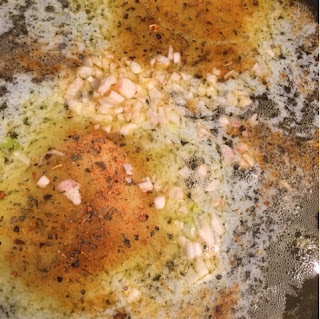 I love cooking
so last night I went to see 'Burnt'
mostly because I wanted to loll in a beanbag at Mansfield's Armchair Cinema
and partially because I was curious to see what fresh horror had been brought to the table (pun intended)
...remembering what had been done when one of my favourite food movies, Bella Martha, had been translated into Hollywoodese and become a parody of itself in No Reservations

anyway Burnt began quite well with the hero hopping onto a streetcar in my beloved New Orleans (and the movie trailer kept cutting back there so I had nourished high hopes) to go to work as an oyster shucker (I'm an oyster shucker, I'm an oystershucker's daughter, I like shucking oysters cos....well, ah whatever) but after he scribbles
1,000,000
in a lovely suede notebook, he storms away from his station (leaving his workmates in the lurch) and is then for some unfathomable reason filmed walking across the Crescent City Connection (formerly the Greater New Orleans Bridge) towards the city (from Algiers) when there's no way he could have taken a streetcar to the West Bank

it's all downhill from there, garnished with far too many hairy borage flowers, plastic mandolines and a lot of plate throwing (though I must say it was fun to listen to Bradley Cooper speaking French - if indeed that was his voice it was most commendable) and I do hope they paid the divine Emma Thompson a LOT of money to appear in that ridiculous tent dress

but in the end all it did was make me crave mac and cheese for dinner.

so this evening I boiled up some gluten-free penne, made a sauce using potato flour, butter, garlic and milk.
slung in a lot of cheese and a whisper of creole+Cajun flavours, sprinkled the mix liberally with well-buttered gluten free breadcrumbs and slung it into the oven to think about the sins of the whirled while I wilted some greens with garlic and brown butter to serve as a side.

damn fine stuff, though I say it myself. sadly I was too eager to dive in to remember to photograph the plate.

but here are the dregs. tomorrow's breakfast. nom nom nom. 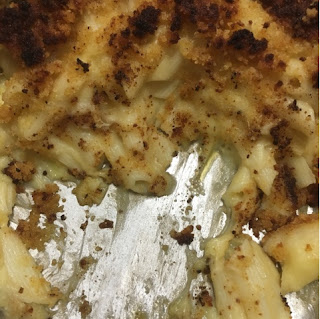 and here are some of the other things I've been photographing today : gorgeous work by my friends Audrey Fittal, Anne Collins, Jan Barker and Mary Heath
made here in Mansfield, Victoria 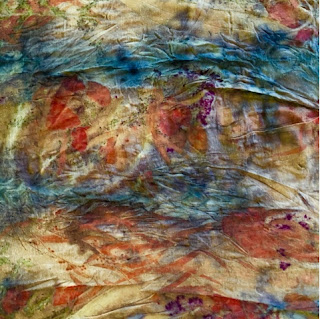 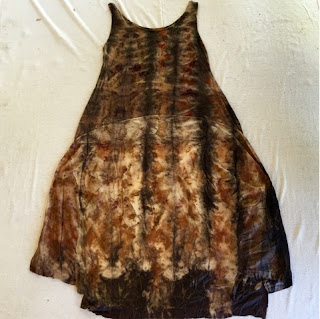 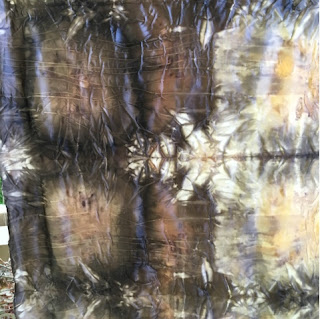 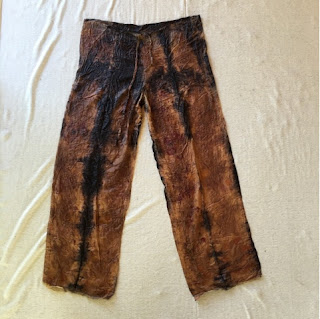 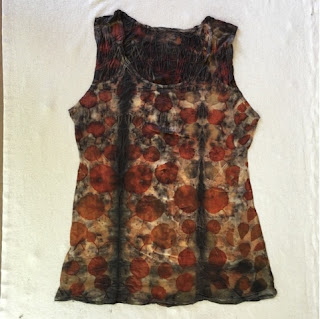 finger-painting on the wall by india flint at 22:02