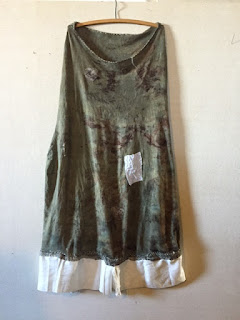 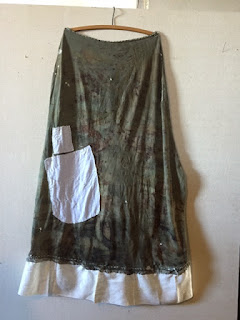 and had also become shorter
not through shrinkage
but because parts of me have gone sideways
which
is a little embarrassing.

because
as you know
and to paraphrase A.A.Milne
"a bear, however hard she tries, grows tubby without exercise"
and i seem to have reached the age where
three times as much exercise is needed in order to work off
half the calories i could consume as a young 'un
and still remain a size 12.
sigh.
math has never been my strong point
[that's why i prefer string to numbers when it comes to measuring] 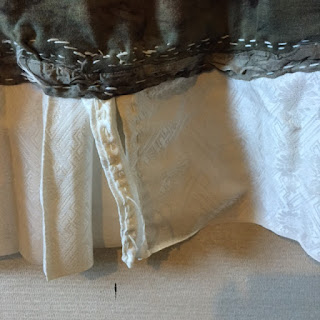 the skirt has been mended before 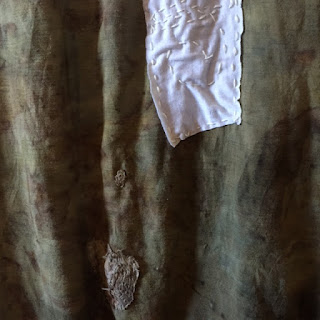 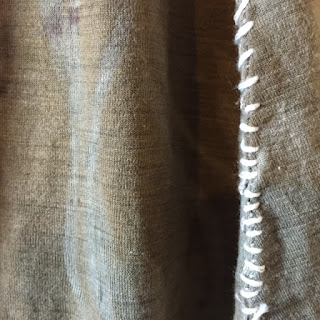 but meanwhile
it's been reinforced, mended, extended 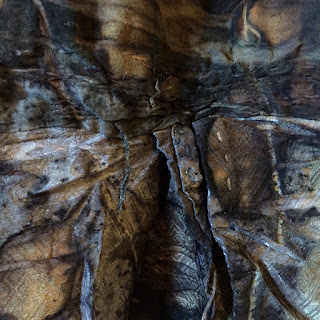 and overdyed so it's all singing off the same songsheet 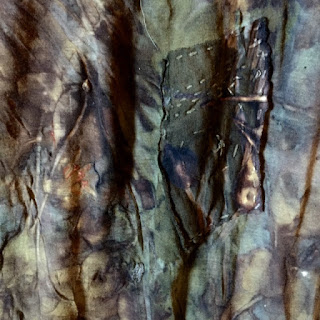 and
to strengthen the fibres
because that's what eucalyptus does 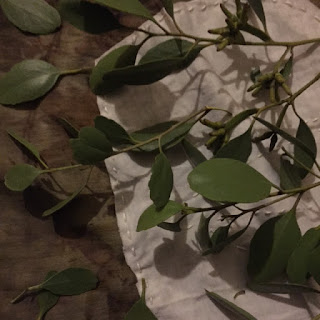 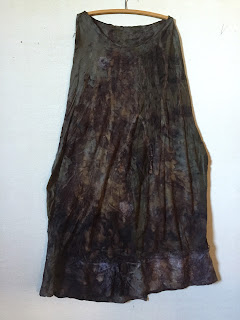 finger-painting on the wall by india flint at 08:11

Email ThisBlogThis!Share to TwitterShare to FacebookShare to Pinterest
swingtags dyeing, mending, not so much waste