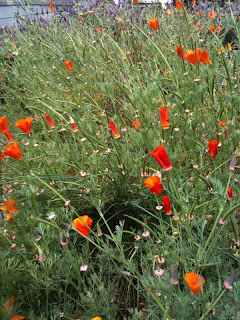 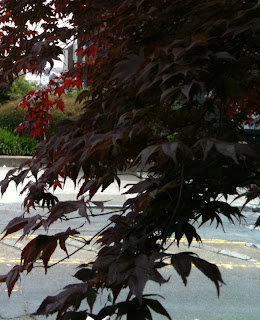 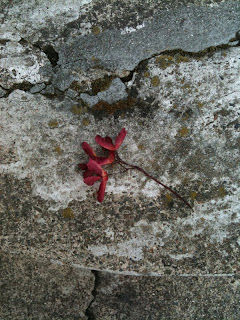 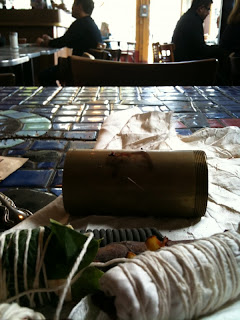 made bundles while sipping at africanos
had amusing conversations with other patrons
then
a guitarist wanders in, gets coffee, begins to warm up his guitar
minutes later he is joined by friend with ukelele
[i twitch, not, in general, being enamoured of ukelele]
the two begin to play
and it is like heaven
their repertoire is B I G
mostly they play swing with a haunting gypsy lilt to it
presently the ukelele player takes the lead
improvises exquisitely on Gershwin's "embraceable you"
the woman working on her laptop to my left
begins to sing sotto voce
i wish she would sing louder
she has the voice of an angel
my inner hyperactive mutters about spending time indoors
when outside there are things to be done
i tell the inner voice to be quiet and stay listening
they play for an hour and a bit
i take another walk
much later
at sunset
i sit in a favourite spot
out of the wind on those lovely steps in the aquatic park 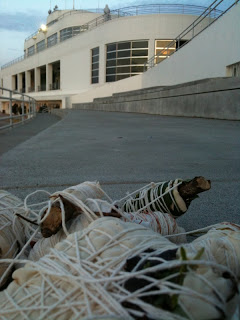 and make more bundles
somewhere up behind me
someone begins to blow a tenor sax
very, very beautifully.
my cup runneth over
and then when i think it really doesn't get much better than this
i find a heart
in San Francisco 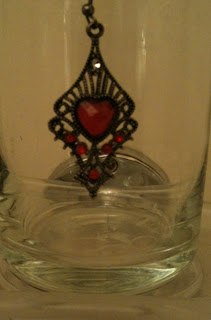 if you lost one*, let me know
[or just sing it in the shower]
*like this one, i mean
[i hung it on a glass for the snap...was too dark in the park]
finger-painting on the wall by india flint at 15:44