a surprise in the dyepot

in the lead-up to the residency, volunteers had been busily hemming silk flags
so
during the first weekend
the flags were dyed in two one-day workshops
unusually [for me] rapid instruction in the bundling process
mostly we used eucalyptus 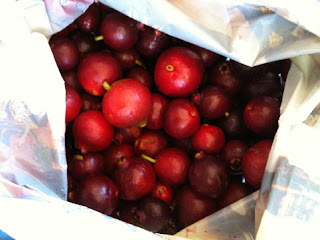 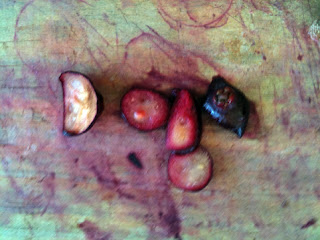 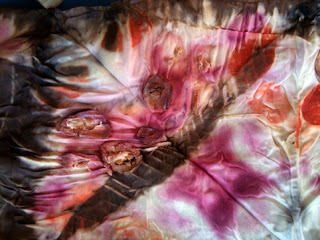 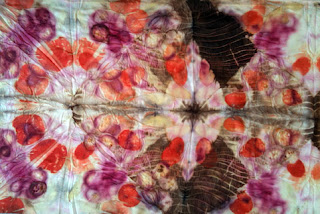 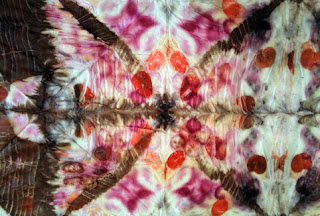 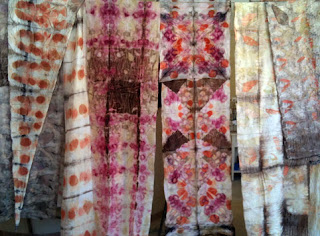 finger-painting on the wall by india flint at 08:00