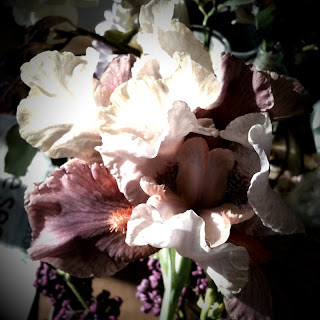 the words were
"what if you did?"

here in Oz, it could suggest that the subject of the remark
was of little interest
on the other hand it may have indicated an enquiry
who knows
and it really doesn't matter

however it made me google the quote [above] and now
forces me to acknowledge that i have been erroneously ascribing this gem to Oscar Wilde
[and sometimes in a weak moment, Winston Churchill]

so that's sorted. good.
here's a Sunday harvest
bouquets all round on a glorious day 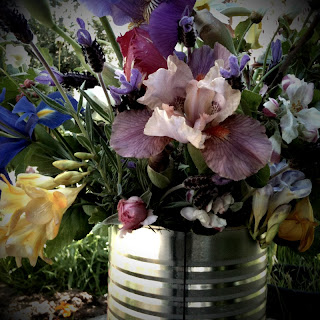 finger-painting on the wall by india flint at 10:41