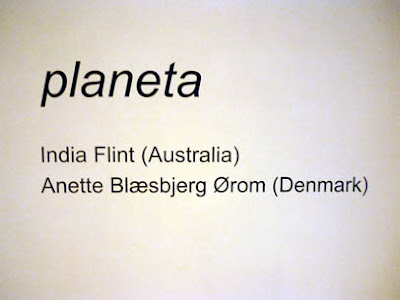 in 2001 i was invited to take part in a fortnight-long residency at Zvartava Castle [more of a Manor, really] in the north of Latvia [the beautiful country of my mother and grandmother] 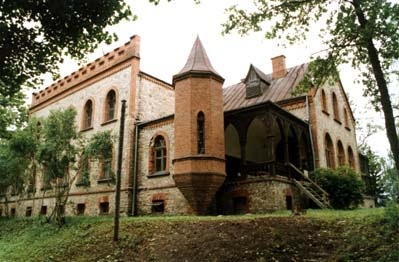 on the journey there i met my friend Anette. for the past eight years we've been nourishing a creative friendship through emails [aah, the magic of the internet pixies] and the occasional parcel. some time in 2007 we began to plan an exhibition. Ararat Regional Gallery kindly offered to host the only Australian exposition which opened on February 26th 2009. 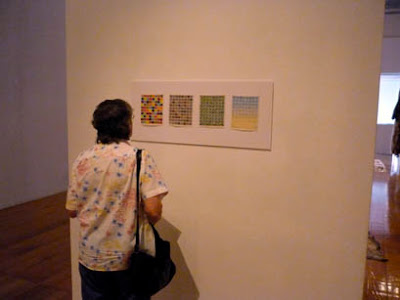 Anette's works are small, considered and exquisite. the gallery allocated to her works provides a clean zen-like space for contemplation. the work invites close study... 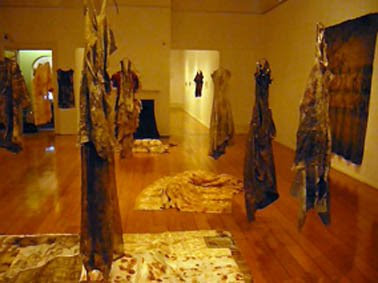 to reach the place of zen one has to walk through a forest...of garments and of groundsheets that look as if there might be a sleeping body hidden underneath. one visitor to the opening told me next day that she kept expecting dancers to emerge and begin some sort of performance. it's a good idea, perhaps next time... 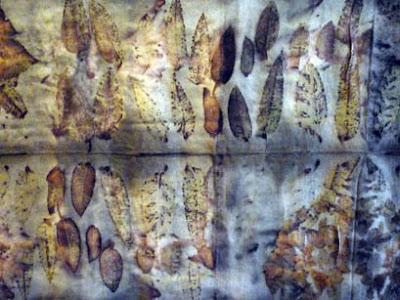 here's a detail of a groundsheet [above] ...which [disconcertingly] hangs on the wall [but without a deceptive shape within] 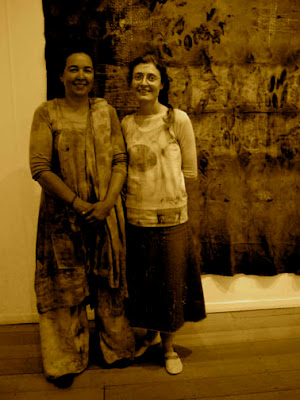 Ilka White [pictured at right] kindly did the honours and spoke poetically at the opening celebration. she talked about the complex simplicity of Anette's work and kindly mentioned my catchphrase [borrowed from J.R.R. Tolkien] "not all those who wander are lost"
Anette's and my work is very different, but we're singing harmonies from the same songsheet...the curatorial focus in this exhibition is not in the immediately visible... but in the common ground that our similar life philosophies walk...we chose the name 'planeta' as it's Latin and in itself common ground [rather than using an English+Danish title]. it means to journey or to travel as well as planet. further recent reading on a newly anointed 'blog of note' called "dear planetary astronomer Mike" offers more enlightenment...that in Greek planet also equates to 'wandering star'. which fits....
finger-painting on the wall by india flint at 09:19