after my students all packed their bags and headed back into the whirled
I spread out my bits and pieces and began work on a few garments, pieced together
from bits of other garments

this evening I unbundled my new skirt...realising too late that I hadn't made any "pre-dye" pictures.
dang.

the dyestuffs are all locally gathered.
predominantly eucalyptus with a little casuarina and the odd acacia pod tossed in to spice the mix 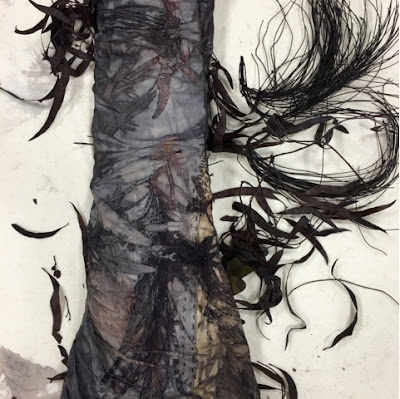 the skirt is made from two pairs of mens trousers. the labels on both stated they were a silk/wool blend.
the dyepot says otherwise. 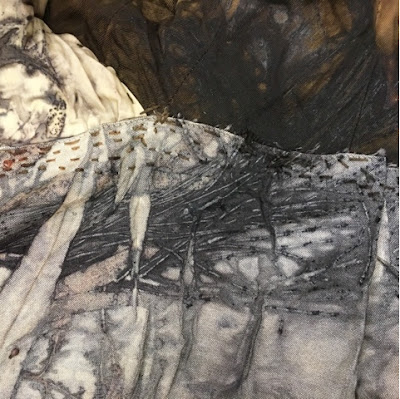 still, I'm fond of silver greys and taupes so I'm not losing any sleep over it 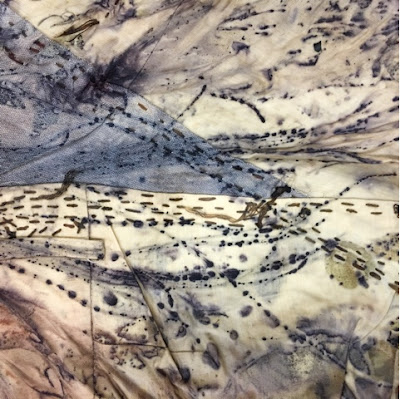 the skirt was stitched by hand using merino+silk thread. it's picked up the colour rather nicely 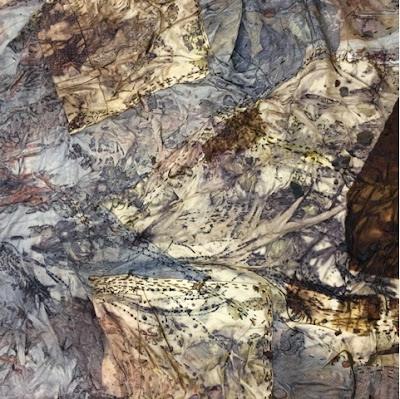 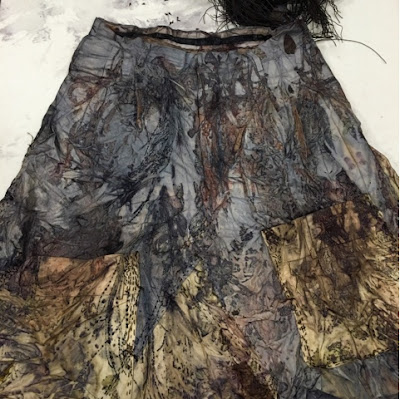 there are eleven pockets on the skirt, so it will be an excellent wandering garment
room for leaves and drawings and poems and a clean hankie or two
along with a small notebook, a pencil and the camera that thinks it is a telephone 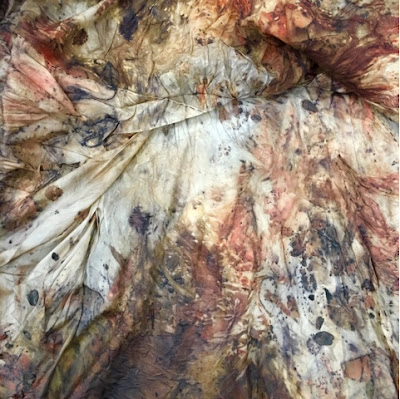 the picture above shows the lining. it's a silk+linen mix I had from Beautiful Silks 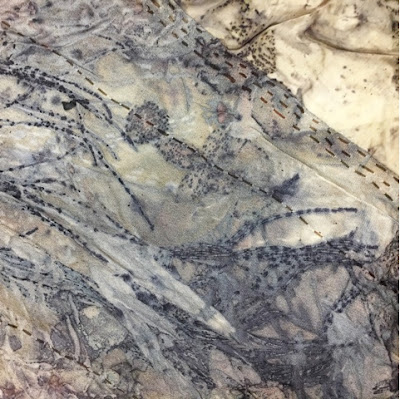 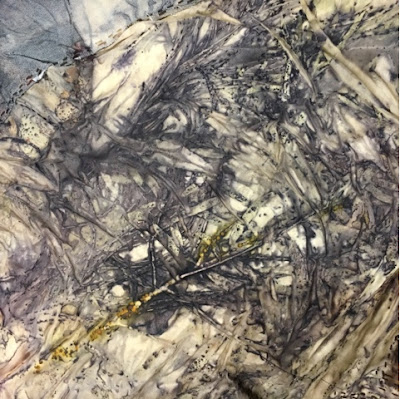 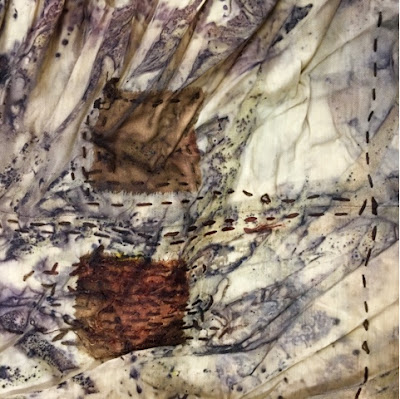 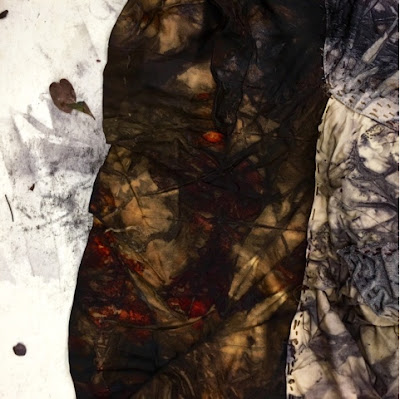 this bright bit WAS wool. it's part of a jacket I was cutting up, now a nice detail on the hem of the dress 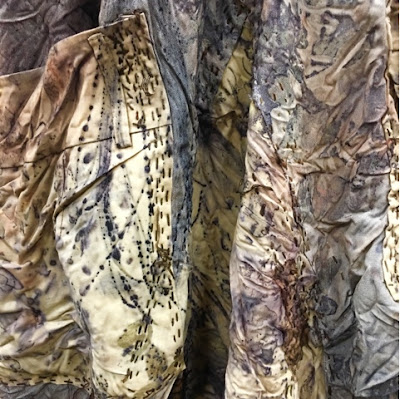 part of the waistband of one of the trousers became pockets 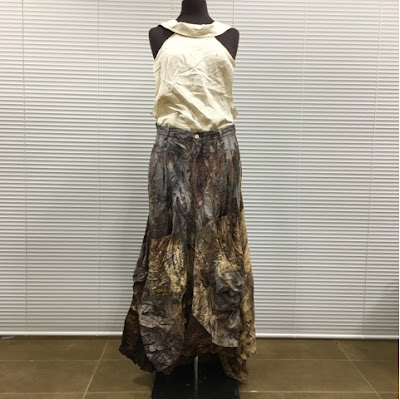 and unfortunately I didn't have a real body to hand so this shot of the skirt on the dummy will have to do for now.
I'm planning to wear it on the New Mexico adventure, just in case it snows. but not with that top (which is really an apron in gestation)

for the record : no plastic or ferrous sulphate used, but there were bits of iron in the dyepot - which is all you need, really.
finger-painting on the wall by india flint at 21:51