the heavens have mercy 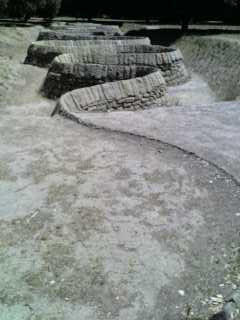 the quality of mercy is not strained, but falleth like the gentle rain from heaven...give 'em an inch and they'll measure it? this time it was just "give 'em an inch and they're jolly grateful" and so is the earth as she soaks it all up (Andy Goldsworthy's stone river pictured above does not admittedly have much relevance to this post, other than the name...but I'll paste in whatever I want, thanks)
most folks (myself included from time to time) consider the dry times in Australia to be droughts. suspect a radical shift in thinking is indicated here. MOST times it's dry, in most places here (remember South Australia is after all described as the driest state, in the driest continent). we should be considering dry as the normal state of affairs, taking the rain as a bonus.
and i do. 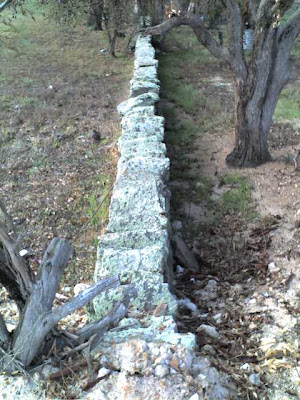 stone wall in the rain...not by Andy Goldsworthy
finger-painting on the wall by india flint at 08:19